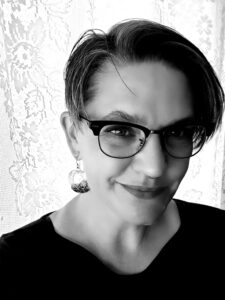 Whitney began her career in optics in Spokane, Washington in 1998, and has been an American Board of Opticianry certified optician since 2003. She served on the Optician’s Association of Oregon board of directors from 2002 until 2006; helping plan and organize optician education, outreach and the yearly convention. Whitney keeps up to date with current trends in frame, lens, and contact lens technology insuring that your prescription will work to its highest potential. When she’s not working  she enjoys surfing, hiking, and/or exploring the world with her partner and her dog, Walter.

Originally from Utah John is a student and local Jiu-jitsu athlete. Graduating with an AAOT from Oregon Coast Community College, he earned notable scholarships including the Oregon All Academic Team and the Oregon NASA Scholarship. An active member of the Student Government at OCCC, he was an advocate for students 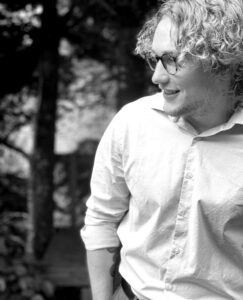 on the College Council as a voting member, initiating the Student Mental Health Workgroup. Currently he is an Oregon State University student  on scholarship working towards a BA in microbiology with a minor in chemistry. He chose this as his pre-optometry focus in order to concentrate on the medical aspects of the profession. In June of 2022 he passed his ABO boards, and is now ABO certified. When not in the office he can be found studying, practicing Jiu-jitsu, or spending time with his dog, Bohdi.

A 2021 graduate of Newport High School, Angelique has been living in the Newport area since 2016. While in high school she studied early childhood development and family relationships. When she isn’t working patients up for Dr. Schroeder, she enjoys rockhounding, going to the beach, photography, and making sure her plants flourish. An animal lover, Angelique enjoys the outdoors, and trying new things. She would like to go to college and study American Sign Language (ASL) with the end goal of being a translator for those in need.

“My experience was exceptional. I had never been a patient there and was referred to them by another visiting doc because I was having issues. They got me in within a couple of days, though they were pretty much booked weeks in advance.. When they had a cancellation they got me in even sooner. My ideal relationship with a healthcare provider is one of mutual respect, open fluid communication and that's precisely what I received at OC from the front office and techs to the doctor. Well done!”

You can schedule your next appointment with us online!

Let's continue the conversation over on your social network of choice.